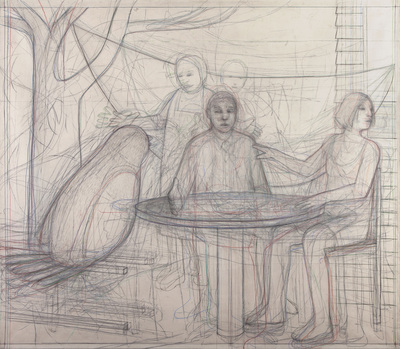 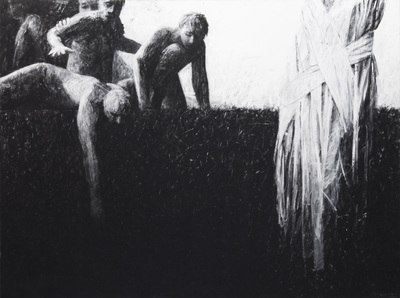 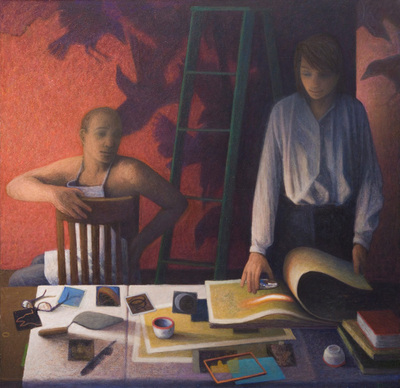 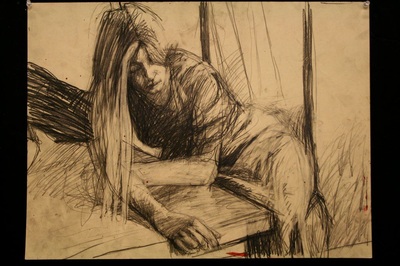 The hope of most artists, I imagine, is to find the most meaningful marriage of process and content in describing those moments that compel each of us as fundamental.

At the core of most of my work is a navigation of the  confluence of microcosm and macrocosm wherein the small and intimate might overlap the universal and epic revealing meaning and mystery that activates the moments between action and reaction, between the light and the dark, and allow movement between the corporeal and the ethereal.

In the paintings, process and content, object and ground, evolve slowly, cumulatively generating an organic flux or matrix within which movement, shape, form and finally objects and figures emerge and submerge until resonance of place or relationship coalesce into narrative. Since the stories in these paintings are often the product of process, the subject often becomes this process of discovery.

While not  abandoned, over time color’s seductiveness has given way to black and white as a direct and open vernacular for story telling. The process is immediate... applying alternate layers of black or white, allowing each to dry, and avoiding mixing grays.

TWICETOLDTALES refers to the manner in which stories evolve in retelling or inevitably over time and evince a reconsideration or reinterpretation of process and content.

The pieces included in TWICETOLDTALES address the figure/ground relationship from an opposite direction as do the paintings and often employ a more distilled role for color and value, while allowing line a more significant contribution. Rather than paint fashioning a substantive flux, the raw canvas provides an overall matrix wherein partially erased iterations refer back to the canvas ground and begin to condense into form and articulate shape. Much of my time is spent erasing and scrubbing in an attempt to physically integrate marks back into the warp and weave of the canvas.

These recent pieces utilize drawing materials and sometimes a homemade graphite water ink resulting in mixed media drawingpaintings. This is perhaps a more minimalist approach to finding meaning and direction within in the process, but shedding the weight has resulted in an urgency that is vital and to the point.

Much like the object/ground relationship present in Shuimo/water ink painting, the ground becomes fog that occasionally lifts and allows glimpses of the world surrounding us.
- Stephen Schultz